I got up at 9 and went down to reception to try to get a guest pass for Mary. Turns out that they can only have 15 overnight guests in the building at a time for some fire code, which makes no sense to me. I live in Communist Russia. I got one for next week and made a little alteration to it so I think that I can sneak her in without much of a problem. But I was really angry.

I met her at the airport and we took the Tube back. We were both beat so we took a nap. Around 3 we went out for my London highlights walk I took mom on, stopping off at Borders for me to return my Oslo book. We were offered to be extras in a movie but I wasn't listening and we just walked away. I was upset when Mary told me later. 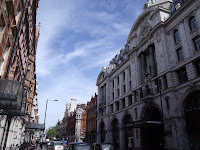 We stopped at Canaby Street (the main shopping area in the 60s) off Regent Street and got some cream tea at a little tea place on the third floor of the courtyard I end up in a lot. It was two scones and tea that we got to pick off of a huge wall of flavors. I had the soothing Indian tea while Mary had the orange tea. Mine was better. 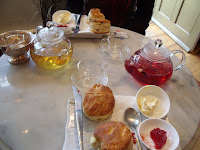 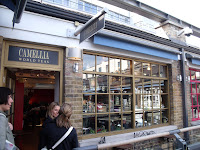 When we were leaving we were asked if we wanted to be interviewed in a documentary project, and since I was regretting the extras thing, we said sure. They asked us about 'saggy pants' being banned. We weren't that awesome to say the least.

We went to Piccadilly Circus, Leicester Square (where the Night at the Museum 2 premier was going to start), to Trafalgar Square, Whitehall, Westminster, then along the river to St. Paul's, across London Bridge, to the Tower of London and Tower Bridge. From there we took the Tube back to Baker Street for dinner. 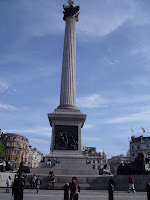 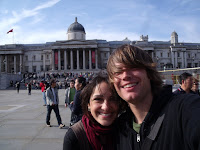 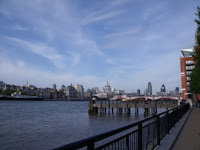 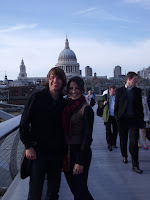 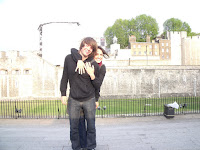 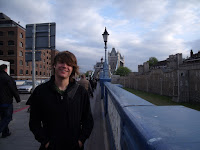 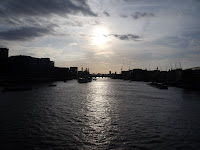 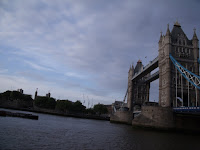 I wanted to go to this Indian place around the corner but I couldn't find it so we went to Eat and Two Veg, a vegetarian place on Marylebone High Street that was recommended by my book. It was really cool inside. We ordered a portobella veggie burger and a curry dish and split them. They weren't that great, especially for the price. 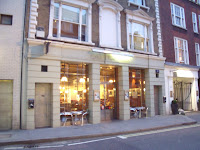 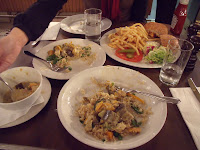 We went back and went to sleep pretty quick, we were both beat.
Posted by Scott Bolohan at 10:42 AM