After breakfast and checking out we went to meet for the free tour. Our guide was awesome, an Irish dude named Daniel who was hilarious. At least to me. The Irish sense of humor really worked with me, very self-deprecating, not taking anything too seriously. Somehow, he even made a journalist getting shot by a guy on a moped with a machine gun unintentionally funny. 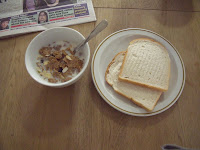 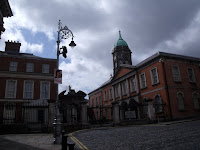 The tour was good, we went through the castle area, over to and by the old Viking stuff, City Hall (riddled with bullet marks from the 1916 Revolution) before stopping in the TempleBar area for a quick lunch. 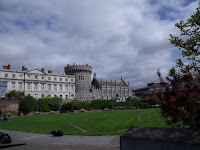 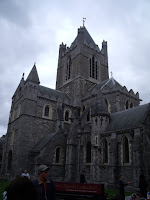 We ate at a small tart place, unique place. I had a chocolate and pear tart and a cup of coffee. It was solid. 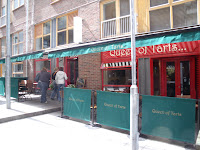 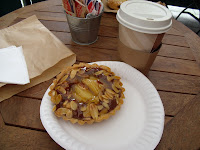 We went around Temple Bar, to where U2 started and hangout, through the area, over to Trinity College (where most of the famous writers and um Courtney Love went to school) and over to their big park. I’ve taken some good tours and bad tours from the company, this one one of, if not, the best. I learned stuff, wasn’t dumbed down, and it was very enjoyable. 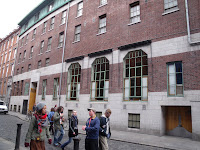 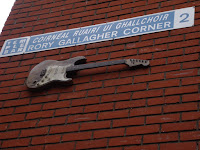 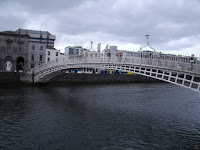 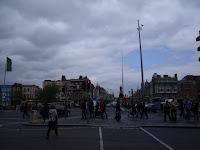 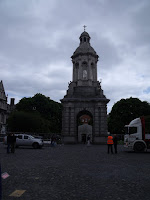 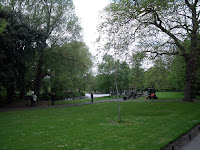 We went into a mall quick and then stopped by St. Patrick's Cathedral but you had to pay to get in so we walked over to The Brazen Head, Ireland’s oldest pub. It started in something absolutely ridiculous like 1150, which I couldn’t imagine. The inside was interesting, signed dollars in one room, photos with famous people like Adam Sandler and um, the guy who played ‘Jaws’ in James Bond. 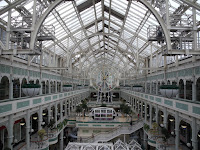 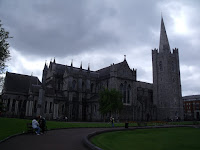 I had the alfredo pasta with broccoli. It was one of the best meals of the trip. I had a coffee as well. I love eating in old historic places like that, it made for a nice cap to a trip full of eating in crazy historic places. 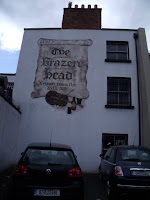 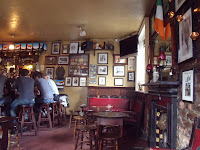 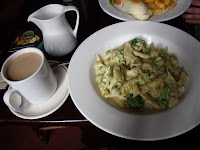 We went back to the hostel and got our stuff and went across the street to catch the bus, which we may or may not have missed the first one of. We waited around there four around 40 minutes. I’m pretty sure we messed up. But it was fine. 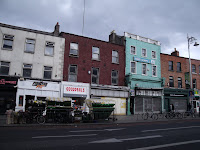 I slept a little on the bus, and when I didn’t it was interesting to see the Irish homes, sort of exactly how you think they would be like. Naturally the sun came out for the first time in Ireland while we were on the bus.

The airport was fine, although security was a hassle. We had to take our umbrellas out and didn’t, which got us yelled at. Oh well. We made it in plenty of time.

It started to pour/storm as we got on the plane, soaking me for the entire flight. I didn't sleep very much (it was only an hour anyways) but it was fine.

The bus back was good too, I listened to the Streets and Dizzee Rascal. I'm excited to be back in London.

I got an email back from Christina Bolohan with all sorts of fascinating stuff. Here it is:

I can tell you what i know about the origin of this name which is not common at all in Romania.

There is a village in Moldavian Republic called Bolohan which was confirmed around 1761 and in 1859 there were living 10 families already. The name comes from a big ROCK of course :) which was located at the entrence of the village. In Romanian the word " bolovan" is a regionalism used in Moldavia (region of Romania ) for "piatra" which means "rock". Because of the pronunciation in Moldavian Republic (which was part of Romania a long time ago) " V " is pronounced " H ".
We pronounce it like Bo-lo-han and the difference is that we have that short " O " and it's not like " OW " .

Posted by Scott Bolohan at 2:07 AM