I worked on the blog (it looks like my photos from Botin are lost somehow, figures after taking pictures of everything I eat for five months that when I go to the world's oldest restaurant it gets messed up) and made my way over to Tesco to grab some groceries. It was good to get some real food.

I also bought Munchies, which is about 10 small pieces of chocolate filled with caramel and like a crunchy cookie, really good. 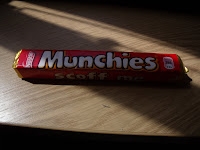 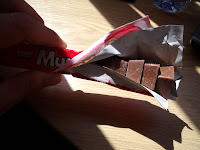 I went to Borders to return my two Spain books and realized that my phone was not working at all. Again. Something about the SIM card not being recognized. I'm not that excited to go back home, but I am definitely excited to have a phone that works well.

I was supposed to meet Heidi, Kim, and her friend Dale for afternoon tea but I had no way of knowing what was going on so I went back. London feels different after being gone for a while, the trees are more in bloom, the weather was nicer, and the sun even came out. I'm looking forward to being here for a while. 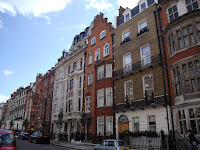 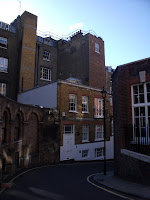 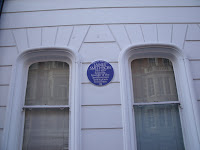 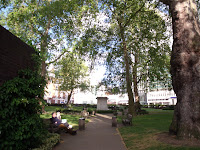 I talked to Heidi, who had been trying to get a hold of me for a while but couldn't with my phone. We were all going to meet at Cha Cha Moon for dinner. 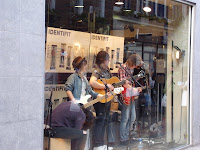 I got something different, the shitaake mushroom and noodles dish, really good. I love Asian food. 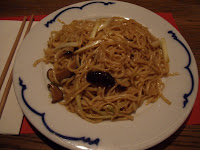 From there we went to a gelato place by Trafalgar Square. I had the 'spaghetti' which was ice cream that looked like spaghetti. Also really good. 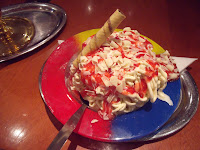 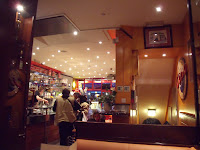 I walked around for a while after, went to Borders to buy a book for the crazy Oslo one day sleep in the airport trip on Sunday and then walked around some more since it was a nice night, ending up over by the BT Tower. 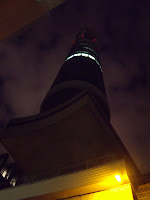 I went back and watched most of the Tiger game. Verlander was dominant and Granderson made probably the best catch I've ever seen.
Posted by Scott Bolohan at 2:01 AM