We got up and went to Giraffe in my neighborhood where the Beatles filmed the restaurant scene in 'Help!' It didn't look much like it did in the movie, but at least I had good pancakes and Moroccan mint tea. 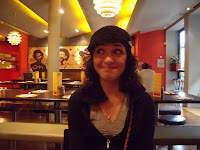 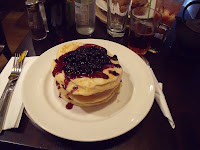 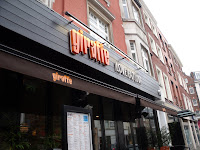 From there we walked down to Primark and spent a pretty good amount of time shopping around there. After Mary picked out about the entire store, the line to try them on was too long so she slipped them over her clothes and ended up not liking any of them. I got a fancy striped white shirt with roll-up sleeves, some ridiculous red shoes for £2.50, and my old sunglasses that I lost in Spain for a pound (and these have UV protection). 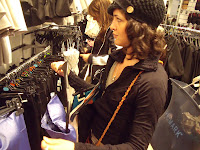 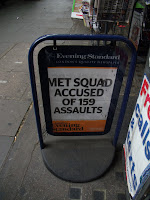 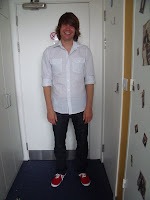 After stopping to get me a new SIM card, we decided to go study somewhere, so we went to Passterie Valerie, which is a cafe on Marylebone High Street I pass a lot. It was really cool, from the 1920s, with the walls painted in old murals. I had the cream tea again, this time with an Earl Grey, and Mary had an expresso and an awesome Chocolate Mousse cake that I ate half of. She studied MCATS while I read Sherlock Holmes. That basically sums up our lives. 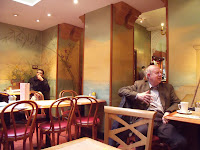 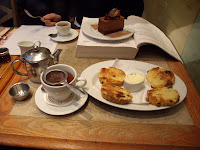 We went to Sainbury's because we'd been spending a ton on food. We bought tons of good things, most notably Nutella. We made dinner in the kitchen. 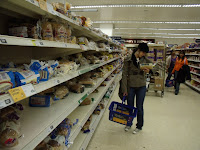 Around 11 we decided to go out for a walk, putting the forged pass to a test. We didn't have any problems leaving and it was somehow nicer out than before. We did a lot of the walk from last night, making our way down to Big Ben, stopping at Trafalgar Square to hang out for a while. They had been working on the fountains for a while and must have just finished today, they looked great. We went and heard Big Ben go off at 1 and hung out there for a while before going back and sleeping, no problems at security. 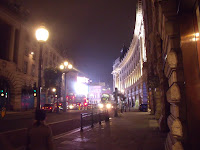 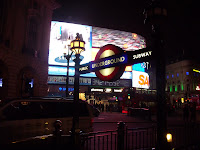 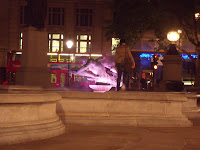 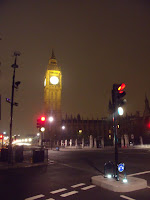 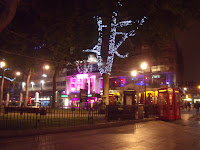