We got up just in time to catch the end of breakfast. It was packed but good.

Then we just decided to start walking around with no real direction. We didn’t have any plans so it was nice to explore the city. We ended up in a market and I looked at used jackets. They also were playing the ‘Vicky Christina Barcelona’ soundtrack so I was pretty pumped.

After that we just wandered some more and ended up in a park with a number of families hanging out. One was flying a kite, another kicking a soccer ball around. It felt very local and Spanish. We sat on a bench and people watched. 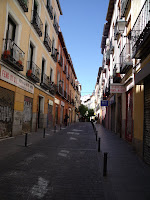 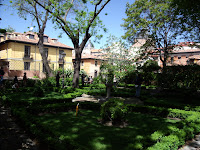 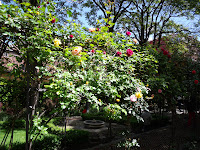 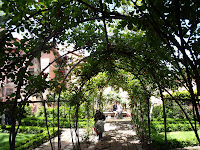 We decided to head over to Grand Via, which my book describes as Broadway of Madrid. On the way we stopped in La Latina and found a place to get hot chocolate and churros, which is somehow a traditional meal in . 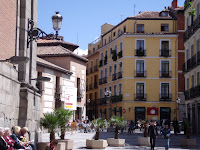 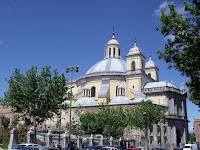 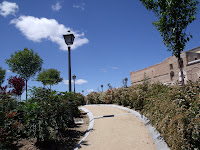 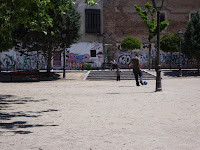 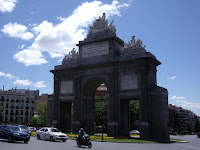 The hot chocolate is amazing, like the melted chocolate kind. This was way better than in . The churros were also good, not covered in sugar like in the States, more buttery. 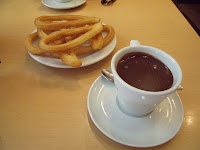 We finally made it over to Grand Via and walked down it. The architecture on it is rather imressive, but I like the more small Spanish streets part better. As we stopped to take pictures, a woman speaking English came up to me and asked for a signature for some petition for blind people. Since I’ve been working on a new signature, I was happy to sign. After signing and filling in my city and zip code, it came to the donation part. I wrote 0. Whoops. She wasn’t happy. I can’t think of the last time I was taken by one of those people on the street, but this was funny. 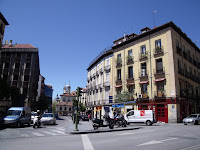 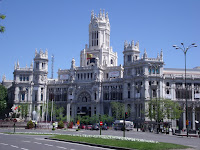 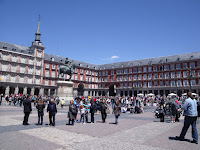 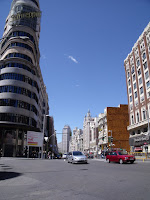 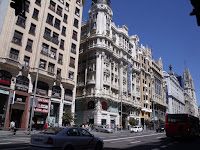 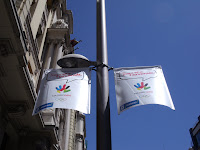 We started to make our way over to the museum with Picasso’s but took a detour when we saw a rock concert going on. I think it was an anti-capitalism rally of some sorts. The band wasn’t all that great and actually did a number of American covers, sort of strange for an anti-capitalism show so maybe it wasn’t. 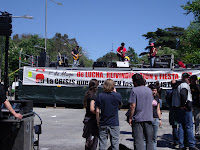 Behind where the stage was setup was a park. The sun was finally out and people were hanging out sitting on the grass so we joined. It was nice, the sun warmed me, one of my favorite things.

We then came down to the museum, which even though the sign with the hours said it was open, it definitely was not. So we didn’t know what to do and wandered over by the . That too was closed, and on the sign it said it was because it was May 1, some sort of holiday. Big bummer.

We were at a total loss of what to do so we got coffee outside in an old artist hangout café by the line of book sellers. It was good. I looked though my book and saw , which isn’t that far away, and thought we should go there the rest the night. 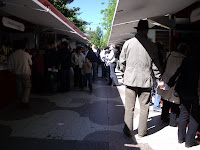 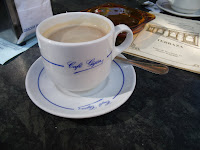 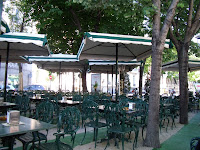 We walked back, stopping to get a Maxibon, which we’ve seen all over and have ridiculous ads. It was pretty good. We got to the hostel and went online to figure out how to get there. After figuring it out and breaking the Spanish barrier, it turned out it just wasn’t going to be an option given the times. Another bummer. So we looked for places to eat. 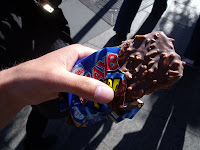 We left and wandered over to , where a lot of the places were. We came to a cool looking place with (probably fake) faded frescos on the wall. I has fried potatoes with sauces, friend shitake mushrooms, and goat cheese on toasted bread with a coffee con leche. Really good. Plus they gave us free bread, something you don’t see to often. The place got packed as the night went on, we stayed about two and a half hours. 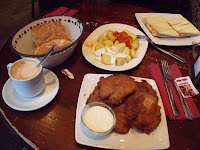 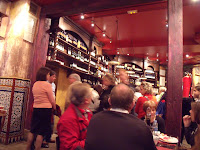 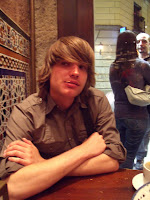 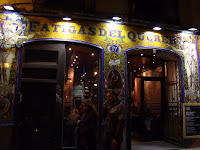 After dinner we wandered the streets, ending up over by the arch again before coming back and looking at some Tangier stuff, getting kicked out of the lounge at 1. I took my computer back and typed this up from bed, but I couldn’t connect to the internet. Really frustrating. 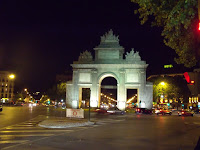