My column ran today, I think this one is good, better than the last. It’s funny at least. I really did rewrite this one about six times, I have the rough drafts on Spanish menus to prove it. The word ‘awesome’ is in the title. The Colonel must be rolling in his grave. I’ve started to invent words in my columns, I like to think of myself as the modern Webster.

After breakfast and showering it was too late to get down to the free tour, so we decided to go back to Bewley’s for coffee and a brownie with ice cream. We had a little punch card with two punches on it already and we only needed to get two more for a free one, but it turns out it was just for takeaway somehow. Bummer. 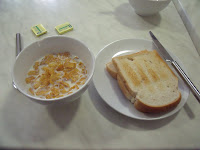 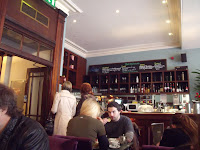 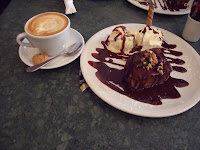 From there we walked down to the O2. There were probably 10 people in front of us in line. They had it set up stupidly where there were three gates letting people in for the floor at the same time. Our gate was farthest away from the entrance and so was having problems with the scanners yesterday. Good. 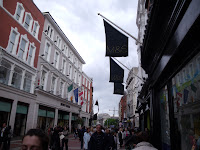 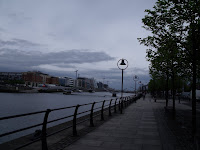 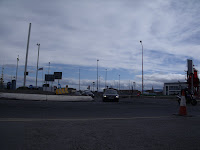 The people in line were all old, like 50s 60s old. The guy next to me had been to 290 shows, the woman next to him 370. As someone who has been to 12 shows, I understand it, which is disgusting. I can’t imagine doing that many though, mostly because Bob will be very dead by the time I could.

We played cards for a little and then Heidi went for a walk and to buy food. I hung out and listened to music and played suduku on my phone. It wasn’t so bad, not raining, but the wind was pretty bad, especially since we were by a rather dusty/car-filled area. I was covered in dust by the end of the time. 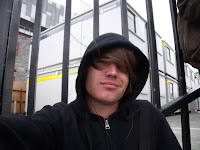 Heidi came back with chocolate croissants, pretzels, and cookies covered in chocolate. Well done. I ate it pretty quick and they moved us into a different pen area. 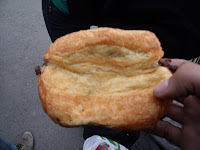 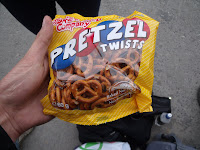 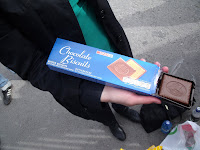 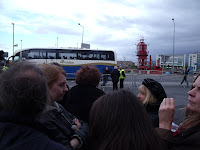 Because the old creepy ladies were complaining, they let us in 25 seconds before the other gates. We couldn’t run, so we speed walked over and sure enough our scanner lady didn’t know how to use the scanner/it didn’t work.

We fast walked over and by that time the rail was mostly filled, but we got second row right in the center. We did it so that we were between heads, so it was essentially front rowish.

The show was solid, it was great to be so close to Bob, this is probably the closest I’ve ever been. The set list was solid too, playing arguably my four favorite songs. He even played guitar on consectutive songs, even soloing, which was awesome since he was literally right in front of me. He seemed to be having a good time. 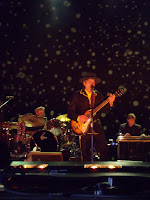 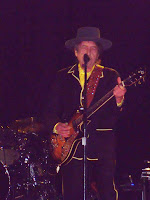 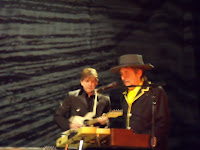 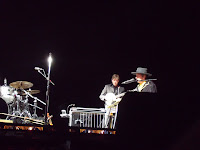 The strange thing was he didn’t even say a word the whole performance. Usually he at least introduces his band, didn’t even do that tonight. It made me think he was going to do something extra, like an extra encore or pull Bono out or something. I keep thinking he’s going to surprise us, which I’ve learned isn’t the way to think with him at all. You need to think in terms of the bare minimum, and anything else is awesome. 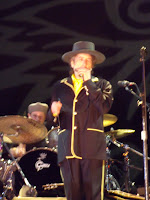 That said, he did end up playing an extended encore and a song off the new album (although he premiered it the night before, making me hope he would debut something tonight as well). As far as Dylan shows go, this was definitely a good show. Not quite the Stockholm level of awesome, but pretty good either way. Definitely worth the wait outside. 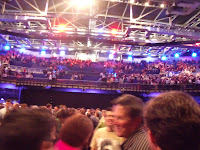 After the show we went to Mulligan’s, an old pub where Joyce would hang out. We sat down and I basically fell asleep. I was literally dozing off, I’ve never felt so tired and I have no idea why. Maybe because I’ve been gone for about a month without nearly enough sleep. Maybe I have swine flu. Who knows. But I was excited to get back and sleep for what seemed like the first time in forever. 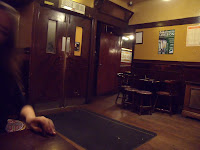 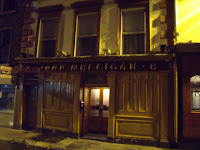 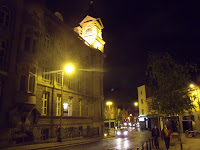