I went to the 'In My Life' tour, which met at the Marylebone Station, just just the street from me. There the Beatles filmed the opening sequence to 'A Hard Days Life,' pretty cool. From there we went to a church where Paul and Ringo were married and then down to 34 Montegue where Ringo, John and Yoko and Jimi Hendrix all lived, a major historical home (the 'Two Virigins' photos were taken there as well as John getting busted for marijuana). 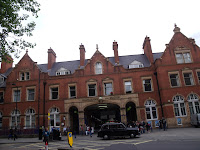 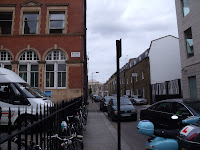 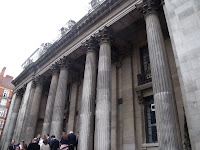 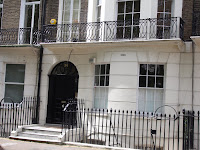 Next we went to the old Apple Store and from there down to a 55 Wimpole Street, which I walk past just about everyday. It was here that Paul lived with Jane Asher. He wrote songs like 'Yesterday' there, which is just incredible to me. From there we went to Giraffe, a restuarant that used to be the Indian place in 'A Hard Day's Night.' 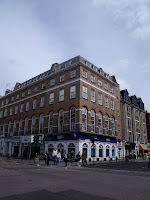 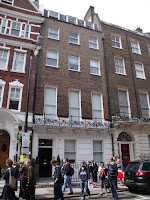 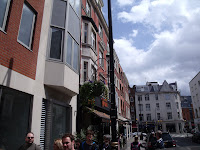 The tour was great, mostly because this was all literally in my neighborhood. This is where the Beatles all lived and hung out, and I live there too, it really made an impact.

We took the bus (which we caught across the street from where Benedict Arnold lived and died, crazy) down to Abbey Road. We talked about the studio a little then went to the crossing. I was the only one to take my shoes off and walk across. I need to go back and get someone to take photos of me doing it. I think I'd wear my blue suit and take my shoes off. 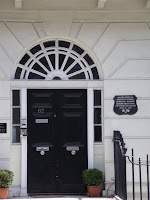 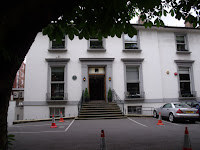 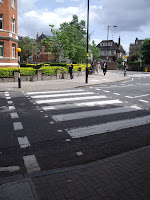 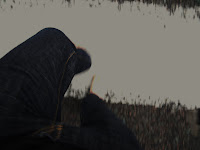 I walked back since it's a really easy walk (turns out HG Wells lived across the street from me too) and ended up meeting Heidi for afternoon tea at this really cool bakery in Holborn. It was cheap and really awesome, the cakes were great and my peppermint tea was some of the beat tea I've had. 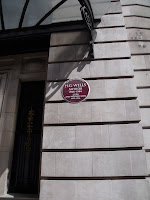 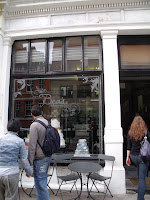 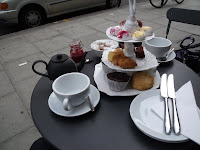 From there we walked down to Marylebone High Street to try to get her a book. I ended up buying 'The Adeventures of Sherlock Holmes.' Living so close to 221 Baker Street it was something that I really wanted to do. 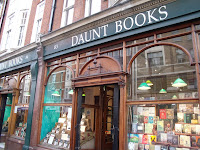 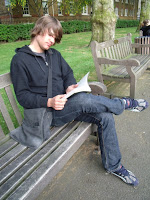 We went and sat in Paddington Park behind my building and I read the first story. I loved it, they talked about Baker Street, Regent Street, the Langham Hotel, among others. It's so cool to hear the places in the story that I recognize. Being able to put things together like that make it mean so much more, like the Beatles tour. It makes me like London even more.

We went and printed out stuff for Oslo and decided to go get coffee at a historic cafe like we do everywhere else in the world. We found the Charles Dickens Cafe, which is in the building that Dickens used to live and work above. I had a latte and a slice of chocolate cake. It was cheap and a really cool location in Covent Garden. If they had wifi I'd go there all the time, maybe I can steal some from there. 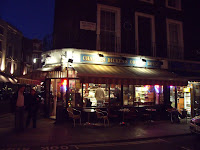 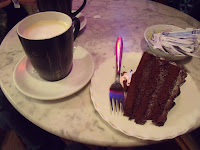 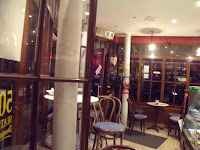